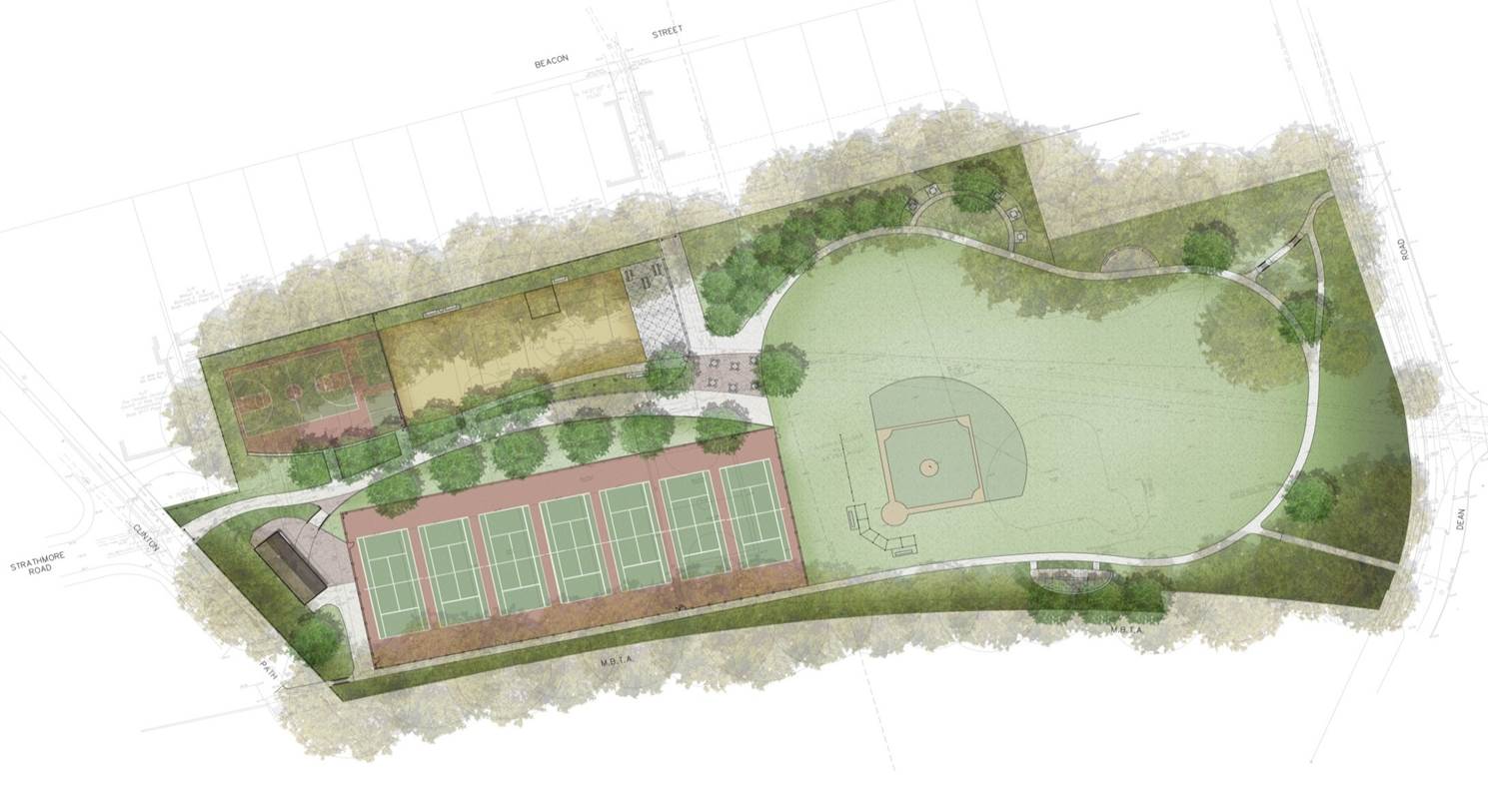 We are opening areas of Waldstein Playground as they become complete. The tennis courts have been open for several weeks, and we expect the new playground, including water play, to open the weekend of May 23rd. Work on the field is ongoing, and we will need to keep the lawn areas and field, including the perimeter path around the field, closed until later in the summer season until the new turf has become established. We appreciate your help in keeping people and dogs off the tender new grass—the more we can protect it now, the sooner we will be able to use that area.

Work that remains to be done after the playground is opened up is some drainage work at the back of the comfort station and installation of additional site furniture, which should all happen soon.

After the winter hiatus, construction is expected to resume in April at Waldstein Playground. As you may know, the scope of work has included the following:

At this point the work that remains to be done consists of installation of resilient surfacing in the play areas, drainage work at the back of the comfort station, some minor regrading around the ball field, installation of additional site furniture, final completion of the play equipment, and fencing. Work will resume as soon as the weather permits, and we anticipate opening up portions of the park as they become available. We expect that the tennis courts can be opened first, followed by the play area once we have sustained temperatures warm enough to install the rubberized safety surfacing followed by the resilient wood chips. We do expect to keep the new lawn areas, including the ball field, closed until the turf has become established, at a minimum through the spring and perhaps longer, depending on growing conditions. The remaining work at the comfort station is minor, though there are some drainage improvements at the back of the building that are weather dependent.