Throughout the months of July and August 2019, over 50 volunteers joined researchers from the Museum of Science in collecting valuable data for measuring extreme heat in and around 10 neighborhoods covering the municipalities of Boston, Brookline, and Cambridge.

The project called Wicked Hot Boston, worked with volunteer citizen scientists who measured temperatures and humidity levels using special sensors, at 6 am, 3 pm, and 7 pm during officially designated heat waves in the Greater Boston area.  The data collected was used to create area-wide maps that modeled the absolute and real-feel temperatures across the urban landscape. The purpose of the study was to gain a better understanding of how extreme heat, experienced over a sustained period, impacts urban environments.

Learn more about the summary data and read more about next steps as reported in recent media stories: 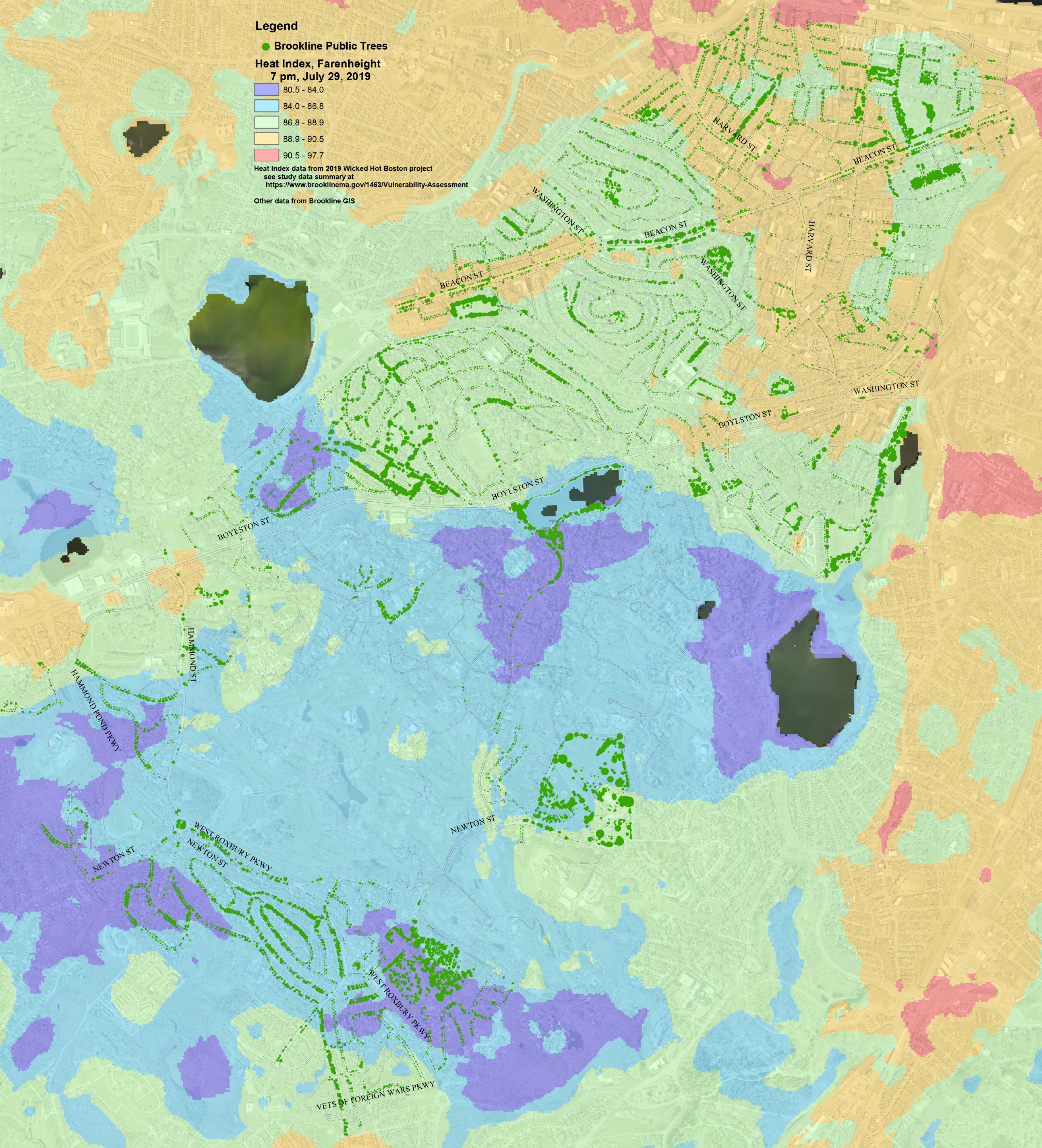 In December 2017 the Town completed a climate vulnerability assessment that addresses expected impacts from flooding, drought, and extreme heat. The report considers impacts to vulnerable populations, public health, natural resources, the built environment including public and private infrastructure and utilities, and the local economy. Action items include a process for ensuring that implementation is monitored, as well as strategies to address the vulnerabilities identified.

The Commonwealth's Executive Office of Energy and Environmental Affairs awarded the Town the Municipal Vulnerability Preparedness designation in 2018, making the Town eligible for state funding to implement key actions.